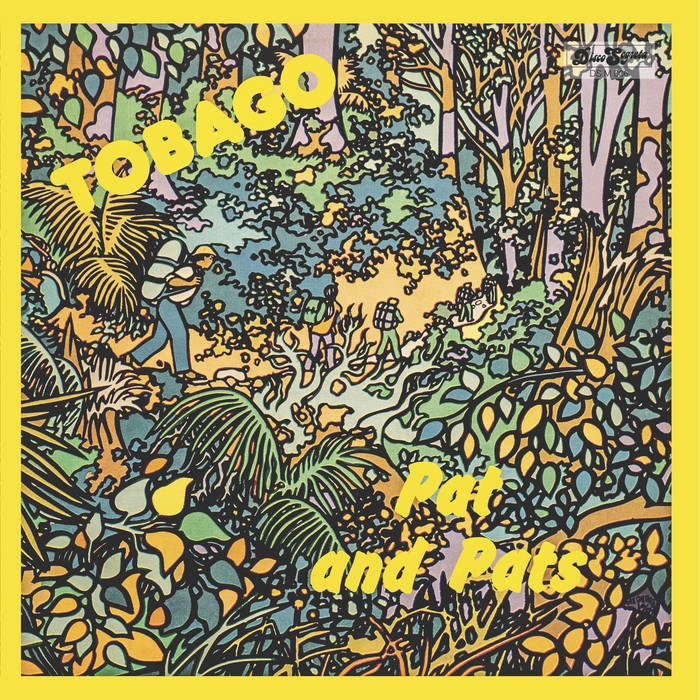 Ever dreamt to travel to Trinidad&Tobago?

Disco Segreta makes this dream come true with its 6th release: the much awaited officially licensed reissue of this tropicalo-disco synth bass boogie atomic bomb, from the original analog masters.

Written in late 1983 by Mario Baldoni aka Miro (of “Real Life Games” LP (1977) and Brina’s “Stranamore” (1984) 7” fame), was originally released in July 1984 on the small Pineapple label – a sublabel of Armando Sciascia’s “Vedette” – with close to no success and a pressing fault: a glitch on the vocals of the instrumental version, that affected all copies.
This tropical summerish blend of italo and boogie, along with the male/female alternate spanish/english singing, turned into a true classic of the genre over the years, slowly making the playlists of the most respected DJs and diggers worldwide.

The 4-tracks 12" features the original vocal and instrumental versions in their original lenght, carefully dubbed from the analog stereo masters and taken back to new life through Disco Segreta’s usual respectful mastering. Also, two new remixes are featured.

“Miro’s Piano Paradise” on A2, is the truly unique chance of a new revamped version by the track original author, resulting in a balearic-infused mellow rework, inspired to 1989-1993 italian house era, whose key elements were – among others - repeated melodic piano chord progressions alongside lustful female vocals and the blueprint factory presets sounds of the likes of KORG M1, Roland TB-909, and D50.
Flipside sees on B2 the chiefs of Berlin’s “Oscillator” and “Dancing for Mental Health” parties, Tom Bolas & Andrea Dama, working with their “Bolas&Dama Dub”, a contemporary rendition of a possible “Dub” version of Tobago.

Bandcamp Daily  your guide to the world of Bandcamp